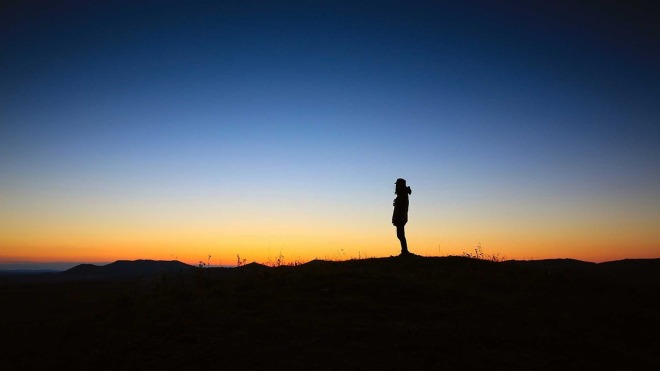 The following is a guest post from Penny Walker, author of Working Collaboratively: A Practical Guide to Achieving More.

For people leading sustainability, environment or CSR in their organisations, these are turbulent times.

The political and legal context is shifting and uncertain.  Assumptions that we will see a gradual ratcheting up of environmental and social standards are in doubt: no sooner had some of these ideas become mainstream than along comes a populist backlash which threatens to sweep that new orthodoxy away.  The business case is harder to make.

END_OF_DOCUMENT_TOKEN_TO_BE_REPLACED

Greenleaf Publishing, the leading specialist publisher in sustainability and responsible business, today announced that it has acquired the Dō Sustainability portfolio of books.

Dō Sustainability published 50 titles between late 2012 and 2015. The distinctive book series, branded as Dō Shorts, set out to be concise, professionally focused titles that “address one sustainability challenge at a time, and can be read in 90 minutes”. The Dō Shorts portfolio titles include a guide to the circular economy, the use of digital media in brand-building, integrated reporting, and how-to guides on producing a sustainability report, measuring a building’s energy use, and valuing natural and social capital. END_OF_DOCUMENT_TOKEN_TO_BE_REPLACED

Note: this article is part of The Transatlantic Debate Blog series, which forms a conversation between Dr. Katrin Muff and Dr. Kathy Miller Perkins on business sustainability. Read the previous post here.

Last month, in anticipation of the COP21 meetings, my blogging partner, Katrin Muff, wrote about hope for a miracle in Paris. Her desire was for global leaders to come together to create a positive force in the world to address climate change. Now that the meetings have concluded, I believe most of us would agree that her hope was realized.  The outcome of the COP21 was an ambitious multi-country agreement that moves us forward in addressing the urgent issue of climate change.  However, as Jeff Nye states in the title of his recent SustainAbility blog,  We’ve come a Long Way from Rio but the Real Journey Starts Now.  He argues that this treaty merely “fires the starting gun on a quest to deliver a carbon neutral economy within the lifetimes of our grandchildren.” END_OF_DOCUMENT_TOKEN_TO_BE_REPLACED

In 1976 evolutionary biologist Richard Dawkins in his book The Selfish Gene invented the term ‘meme,’ to represent the basic unit of cultural information that replicates from one person to another. Dawkins sought a term that resembled the basic building block of life—the gene—for the basic building block of culture—the meme. Memes generate the complex ideas and other units of information that form into complexes, called memeplexes by Susan Blackmore in her book The Meme Machine. Such memeplexes become our belief systems, ideologies, cultures, stories, shared values and norms, and common (or not) understandings, among other things. The core idea of the successful meme is that it transfers from one person to another, like genes, reasonably intact.

END_OF_DOCUMENT_TOKEN_TO_BE_REPLACED

“There is nothing so practical as a good theory!” one of my Cranfield, professorial colleagues is fond of observing. (I imagine mentally adding “soundly applied.”)

Institutional Theory of social change suggests the importance of organisations which can convene, socialise new ideas, capacity-build and codify new good practice for successful social change processes. Hence, the attention that Jane Nelson and I gave to the emergence, growth and development of the corporate responsibility coalitions, in our 2013 book (Corporate Responsibility Coalitions: The Past, Present and Future of Alliances for Sustainable Capitalism), to explain the movement for responsible business. END_OF_DOCUMENT_TOKEN_TO_BE_REPLACED

There is an excellent report on the state of the world, and how to make it better from a group of eminent people, headed by the former boss of the World Trade Organisation, Pascal Lamy, called Now for the Long Term. This group of distinguished, largely international public servants with some business figures was convened by the Oxford Martin School to examine how to “break gridlock on global challenges or risk an unstable future.” Their excellent report which, if you have not yet read it, I heartily commend, begins with an arresting statement: “NOW is the best time in history to be alive.” END_OF_DOCUMENT_TOKEN_TO_BE_REPLACED

The Journal of Corporate Citizenship is pleased to invite papers for a special issue of the JCC on ‘Japanese Approaches to CSR.’

Overview of the theme
How is Corporate Social Responsibility (CSR) understood and managed in Japanese business, and how is it part of ‘good’ Corporate Governance?

The debate on CSR has grown rapidly and internationally over the last two decades, in both business and academic communities. The current CSR movement has been developed in European and Anglo-American contexts based on principles of the market, industrial, business and social structures. However, CSR has taken root in other countries and areas as well and increasingly in Japan. The Japanese economic system has been traditionally structured by relational trading between firms, relational banking, and a long-term relationship with employees for mutual consideration. It has always been an advantage of the Japanese economy. Now, however, we must explore whether it is a strength or weakness for globalization and in embedding CSR into Japanese corporate society. There is much debate on how to incorporate the concept and philosophy of CSR into the context of different countries. Since the early 2000s there have been a growing number of studies offering alternative perspectives on CSR, deriving from Asia and other regions. We need to examine how CSR management and practical wisdom in organisations works in various countries/regions, rather than simply highlighting the differences amongst regions.
END_OF_DOCUMENT_TOKEN_TO_BE_REPLACED